It’s so fun to see how talented designers interpret their kids birthday party theme requests, especially as they get older! I’ve had the pleasure of featuring every single birthday party invitation that Lisa from Good on Paper has designed for her sons Lucas and Theo, and I’ve loved watching the themes evolve from numbers to superheros to animals to magic. For Lucas’s 7th birthday party (!!!), Lisa put her spin on a Pokemon-themed party! For the Pokemon birthday party invitations, Lisa created her own modern take on a Pikachu design complete with a sunny yellow balloon and envelope liners with a photo of the birthday kid. So fun! 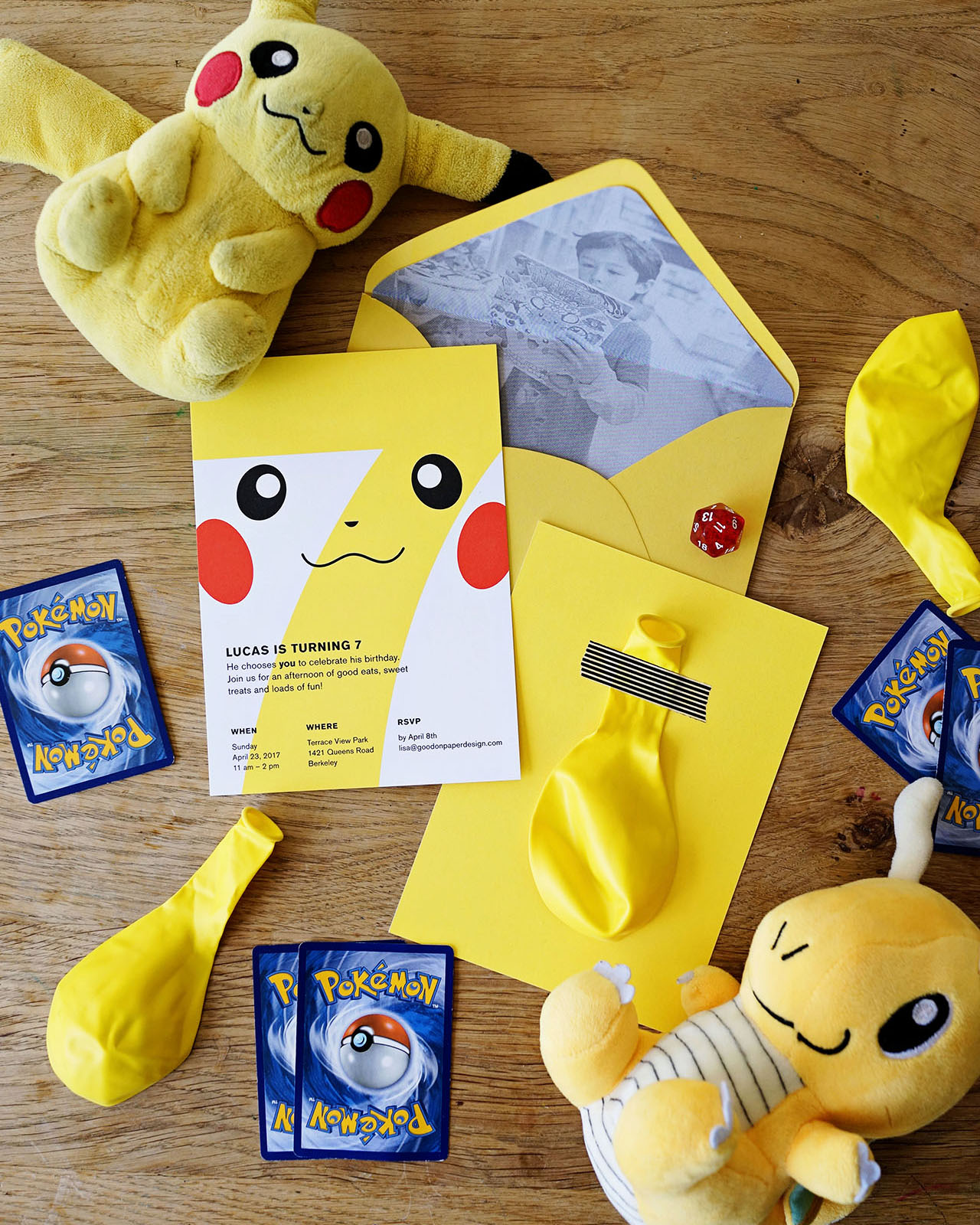 From Lisa: Lucas asked for a Pokemon themed party for his 7th birthday. As usual, I like to put my own modern spin on the theme. I designed the invitations with a simple and modern take on Pikachu’s face. I initially wanted to mail each invitation with a balloon that had a hand drawing of Pikachu’s face but it didn’t quite work out the way I wanted. Instead, each invitation came with a yellow balloon taped to the yellow backing of the invitation with some black striped washi tape. The custom envelope liner had a photo of Lucas looking at a Pokemon book written in Japanese from our date to the Kinokuniya bookstore in San Francisco’s Japantown. The invitations were mailed in sunny yellow envelopes and sealed with wraparound address labels. Every birthday party we throw includes donut holes and custom paper cones – definitely a big hit with the party guests! 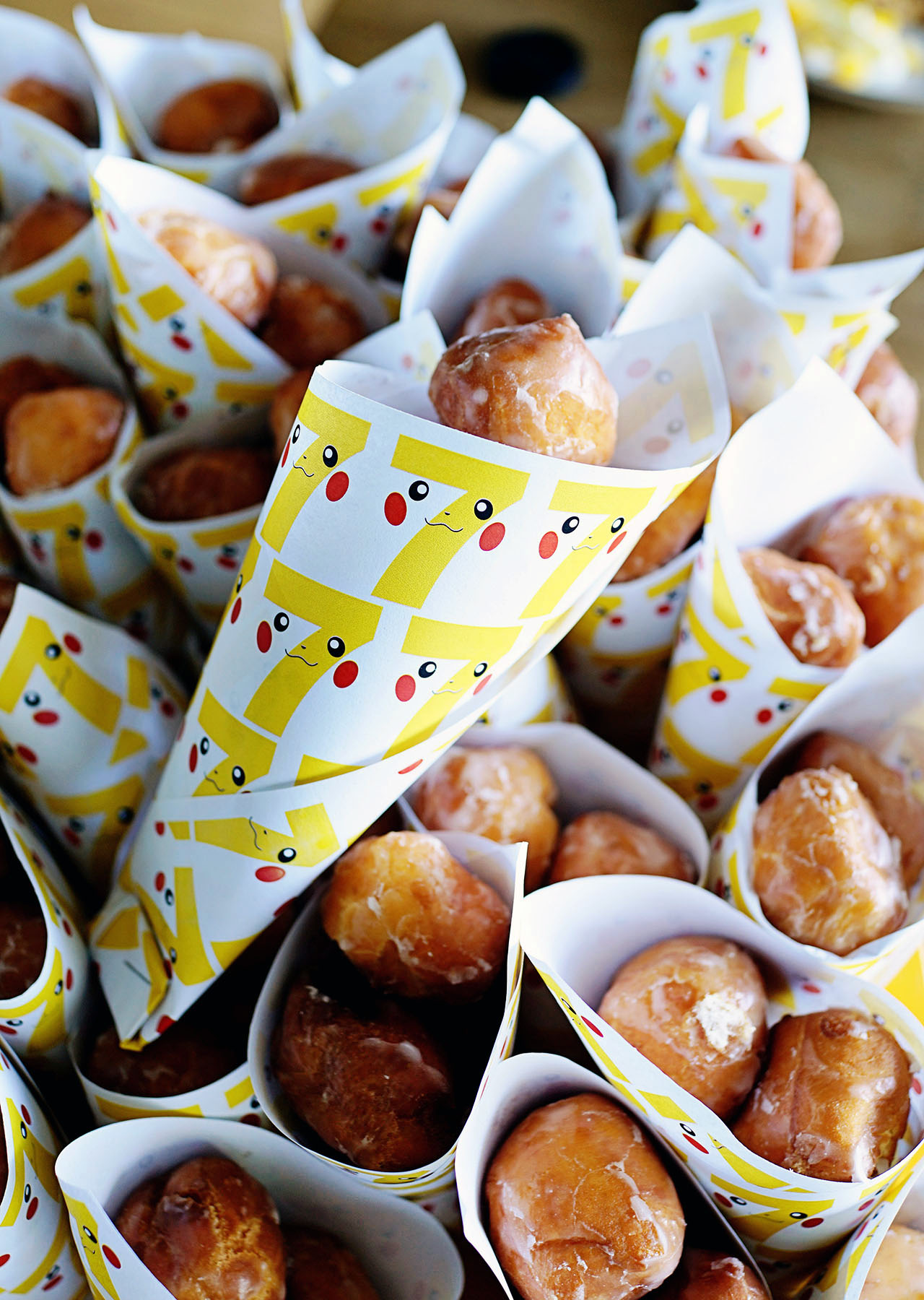 For the birthday cake, I made a super easy red velvet cake and cupcakes with cream cheese frosting. I had seen many Pinterest photos of cupcakes resembling poke balls but I didn’t have the time or energy to go that route. Instead, I just put seven Pokemon figurines on Lucas’s cake and one each on top of the cupcakes. The kids were so excited to get more figurines and negotiated trades. 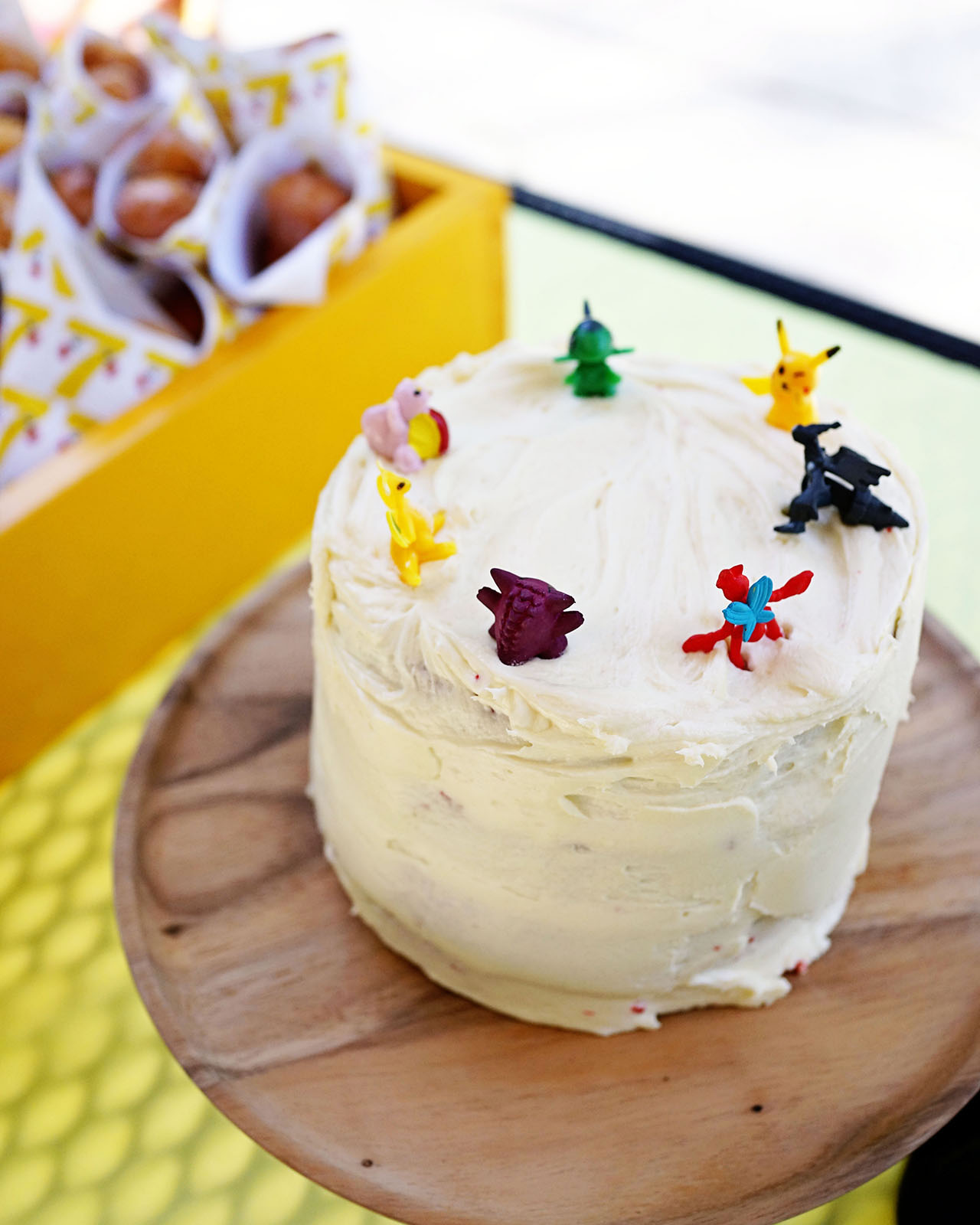 We also hired a face painter who specialized in Pokemon drawings. Some kids had their full face painted and others, like Lucas, just had a character drawn on their face or arm. Every year, my husband Nick and I tag team on making the piñata. This year I made a giant Poke Ball using the paper maché method and filled it with Japanese candies and fruit gummies. Thanks so much Lisa! And happy 7th birthday Lucas!