If you’re anything like me, you’ve spent countless hours researching Thanksgiving recipes (it’s my first time being in charge of the turkey!), planning your ingredient list, and even thinking about how to set your holiday table. But what about the cocktails?? If you’re still looking for ideas for delicious Thanksgiving cocktail recipes to enjoy while gathered with family, we’ve got you covered! Here are a few Thanksgiving cocktail ideas from our favorite seasonal cocktail recipes, including a cozy Scandinavian Glögg (basically a fortified mulled wine), some favorite fall smashes, and even a traditional hot rum punch! 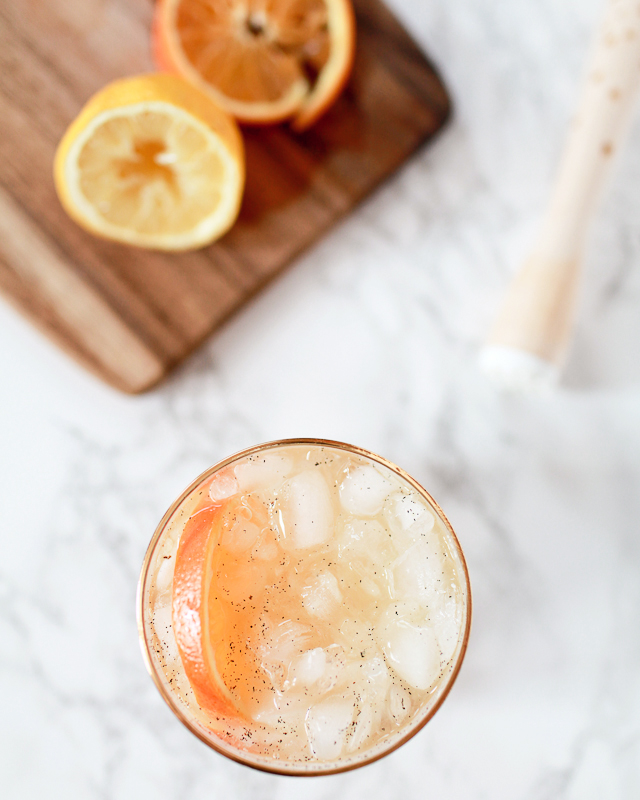 Okay, first of all – if you haven’t tried either of the smashes above – Orange-Vanilla Bean Scotch Smash or Bourbon Pear-Vanilla Bean Smash – you’ve GOT to try them this weekend. They’re easily two of my favorite cocktail recipes we’ve ever done and are just so delicious.

The Traditional Swedish Glögg and Hot Rum Punch can both be made in large batches, making them the perfect drink for large gatherings. They’re especially good if you’re celebrating the holiday in a colder climate! My in-laws are already reporting snow in Upstate New York, so we’re leaning towards warm cocktail recipes for our own holiday menu.

The Mulled Daiquiri, Apple Cinnamon Calvados Old Fashioned, and Rosemary Pear French 75 are all a bit more adventurous with some custom syrups, but well worth the effort! The Rosemary-Pear French 75 involves champagne or sparkling wine (always a crowd pleaser), while the mulled daiquiri is a fun seasonal spin on a classic tropical cocktail recipe.

So many great ideas! Happy Thanksgiving everyone!